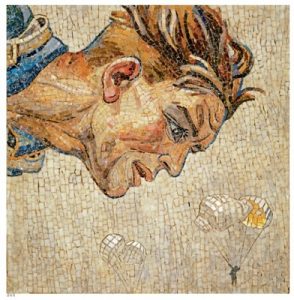 Social realism as a way of perceiving reality and labor in an embellished form appeared in the USSR in the 1930s and was intended to replace the “bourgeois” art, which then belonged to everything that does not sing the “man of action.” Being ridiculed by Mikhail Bulgakov in The Master and Margarita, such an approach ordered the artist to relate to his art “according to workdays”: how many blessings he received, so much text he had to pass. In the same way as in the writers’ union (invented by Bulgakov MASSOLIT) “if you have a trip for a week, then the writer must pass the story, for two weeks – the story, and only for three weeks in the“ Swallow Nest ”in Crimea – and the whole novel can be” .
In alliance with the revolution?
Such unions, punishing and testing the activities of people of liberal professions were introduced in all areas. Thus, in the early 1930s, the People’s Commissar Lunacharsky devoted a series of articles in the Izvestia newspaper to new realism as a style in which writers and artists should strive to work. END_OF_DOCUMENT_TOKEN_TO_BE_REPLACED