Nudity in the history of art: How to change the attitude to nu from Venus Paleolithic to classical painting 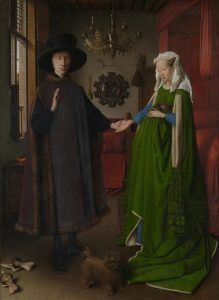 Thanks to Ivan Efremov and his “Tais of Athens”, the general public became aware of the notions of “hymnophiles” – that is, those who sing nudity – and “hymnophobes” – those who oppose the image of a naked human body. Since the topic of nudity in contemporary art is often rather provocative, does this suggest that the latter are currently setting the tone?
The first anthems in art
Hesiona, gently massaging Thais’ head, timidly uttered to her, reproaching the temptation of fate:
“And how are you not afraid, Mistress, to appear naked before such a gathering of warriors.” They caught you like a dolphin! ..
“If there are a lot of truly brave and strong men around you, you can consider yourself completely safe,” hetaera answered with a laugh, “they are Hellenes and, especially, Spartans. Remember this is useful.In addition, remember that men are usually shyer than us. If we follow the custom, we are much bolder, and they are embarrassed.
– Why exactly the Spartans?
“Because the Spartans are hymnophiles who love nudity, like the Thessalians, as opposed to hymnophobes — to you, the Boeotians, the Macedonians.”
Speaking of the very first works of art, perpetuating the naked human body, it is necessary to mention the so-called “Paleolithic Venus” – stone figurines rather obese proportions created dozens and even hundreds of thousands of years ago. Sculptures focus on the reproductive qualities of women, and therefore may have been created for ritual purposes for the worship of the Mother Goddess.
The culture of ancient Greece is traditionally associated with the idea of ​​admiring the human body. During the archaic period – VIII – V centuries. BC. – The sculptors portrayed a naked athlete, kouros, taking over the experience of Egyptian sculptors, but embodying their own traditions in statues: clothing was not used in sports. The female figure – the bark (in translation – “girl”) was depicted dressed in a traditional dress.
The sculptors of the period of the classics when creating female statues “dressed” their works in drapery, which, nevertheless, emphasized rather than hid the outlines of the body.
The first nude female figures were embodied in statues of the 5th century BC. One of the masterpieces of ancient Greece was the statue of Aphrodite of the Cnidus work of Praxitor, about which it was said that the goddess herself, seeing the work of the sculptor, exclaimed: “When did Praxitel see me naked?”. The statue has not survived to the present, but there are replicas and copies of it.
The later Hellenistic era gave the world hundreds and thousands of marble sculptures created with impeccable knowledge of anatomy and attention to the beauty of the human body. And the ancient Roman copies of the Greek statues allowed to preserve the heritage of the Greeks to this day.
Those civilizations and states that developed under the influence of Hellas — Rome, and then Byzantium — were reserved with nudity — they did not worship, but they did not experience rejection. But the times of the Greek athletes, who praised the power, capabilities, beauty of the human body, with the decline of antiquity, went farther into the past.
Chastity or bigotry?
On the ruins of the ancient world, nudity could not help but remind oneself – in statues, manuscripts and other material traces of a bygone era, but according to the teachings of the Christian church, the body was perceived as a receptacle of sin and vices. His beauty and value in general was denied, bodily pleasures were condemned, chastity, self-flagellation, various restrictions were welcomed. This epoch also found its embodiment in art, one of the symbols of the Middle Ages was a married couple depicted in a picture by Jan Van Eyck in 1434, where a man and a woman are dressed in several layers of heavy clothing that completely hides the body.
The return to the canons of ancient art, which began in the Renaissance, gave the world new works, whose harmony and beauty continued the chanting of human nature interrupted for a thousand years. Michelangelo created David, having spent two years to bring to perfection the workpiece from a huge block of Carrara marble – the work that several sculptors had previously attempted to do to no avail.
Nude appeared in painting. Antique myths about Venus, Mars, Apollo and other gods of the Greek and Roman pantheons become the main source of scenes for anthemophilous artists, however, there are also works in which characters from the Bible, in particular Adam and Eve, appear naked.
The ancient traditions superimposed modern ideas of beauty and perfection to artists, thanks to which they appeared in art.